Public consultations were held on amendments to the Constitution of Ukraine

The second series of public consultations, which took place at the Ministry level, is about amendments to the Constitution in the part of decentralization.

The reform of local self-government and territorial government structure has been ongoing since 2014. The voluntary community merger phase is coming to an end. 2 draft laws on amendments to the Constitution in the part of decentralization were submitted to the Verkhovna Rada of Ukraine for consideration but they were both canceled. To make the amendments to the Ukrainian Constitution qualitative, it was decided to hold a series of public consultations on decentralization process. 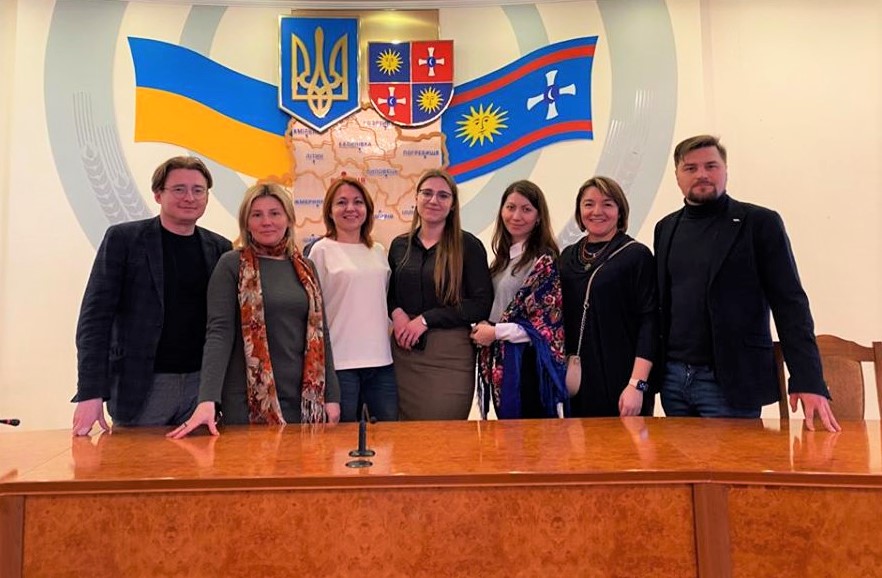 Аnalysts of the Institute “Respublica” during the public consultation in Vinnytsia.

Consultations were held from February 28 to March 4 in the following cities: Kherson, Kharkiv, Vinnytsia, Kyiv and Dnipro. Participants from all oblasts, 50 people from each, also arrived there. The participants included representatives of the united territorial communities, village heads, local deputies, representatives of the regional and district administrations, and the public sector. The first part of the public consultation was to clarify the need for amendments to the Constitution in the part of decentralization. In the afternoon, participants directly discussed the issues. Representatives from each area worked in separate halls, and after completing their work in groups, they shared their insights in their respective sectors.

During the discussion, the participants addressed the European Charter of Local Self-Government to substantiate their suggestions. Often, discussions went into an expert discussion with a detailed examination of examples of local self-government in Europe (Poland, France). The participants emphasized that amendments should be made not only to the Constitution but also to the laws. For example, the Law on Local Self-Government, the Tax Code, and the drafting of the Prefect Bill. We are grateful to the organizers and participants for the intense discussions and sharing their professional opinions in each city. We believe that this is the way we can find common ground and complete the decentralization process as best we can.

Note. The all-Ukrainian initiative “Active Community” – is an association of people and social movements for self-organization and participation in solving local problems. The initiative was created within the framework of the Institute “Respublica”.

The history of success: development of the tourism potential of community
Trainings of the Active Community in Dnipro region and Zakarpattia