Successful cases about activation of citizens, introducing and applying of instruments of the direct democracy

Training «How to effectively interact with the authorities and political parties?» was held by  «Active Community» at the Sumy Central City Library.

During the event, participants got acquainted with the powers of the local authorities and peculiarities of its implementation. In particular, they looked at the specifics of the work of local authorities with delegated powers. 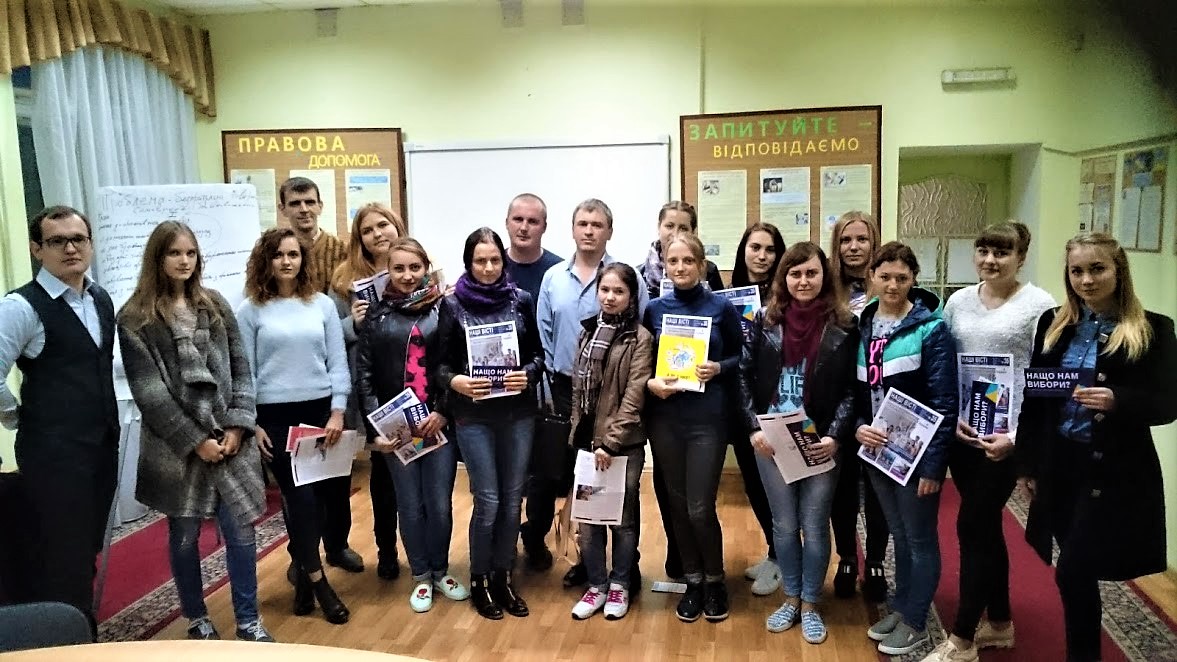 The activists did not overlook the practical block during intensive work. So, the participants determined problems of the Sumy, which require the attention of activists. They also evaluated them according to the priorities of the need for a solution.

The Institute Respublica participated in the Bucharest Public Initiatives Fair

About 120 participants from Ukraine, Romania and Moldova exchanged experiences and creative ideas at the Public Initiatives Fair.  Oleksandra Skyba, the Deputy Head of the Institute «Respublica», presented the All-Ukrainian initiative «Active Community» to colleagues from Romania and Moldova. 19 initiative groups took part in the event. They talked about their events, promotions and creative projects in social, cultural, public, architectural, infrastructure, environmental spheres. 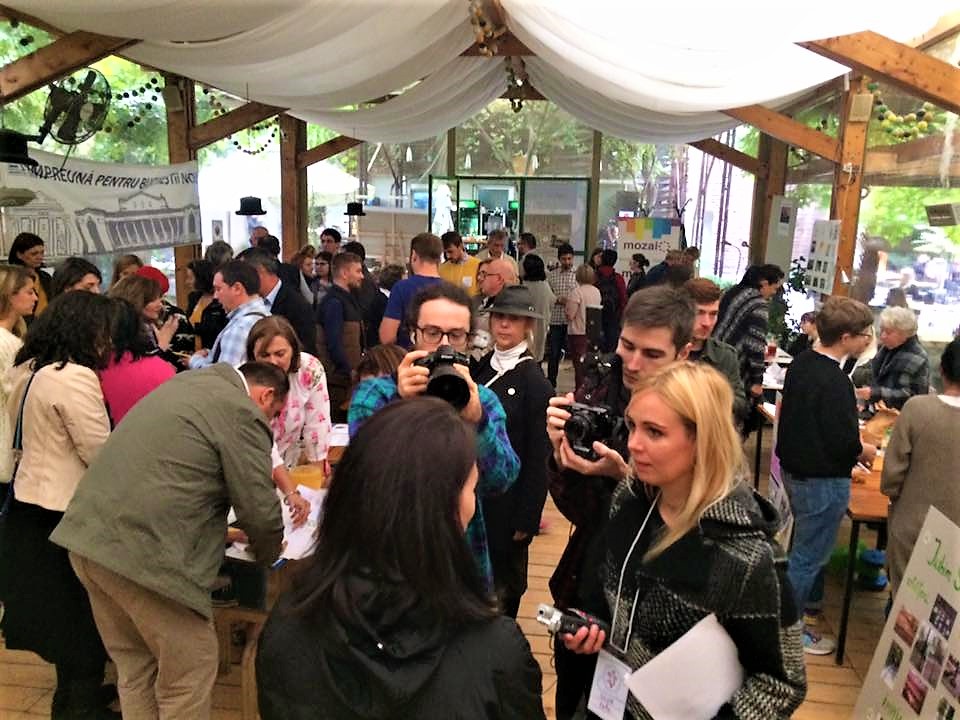 The aim of the event was to present citizens’ initiatives in different regions of Bucharest, exchange experiences, and establish a dialogue between citizens and officials. About 120 people took part in the event – active residents, community activists, NGOs, local deputies, representatives of the Parliament of Romania, the police and the social service.

In his turn, Oleksandra Skyba presented the history of the All-Ukrainian initiative «Active Community». The activity started in 2015 from 2 cities of the Kiev region. 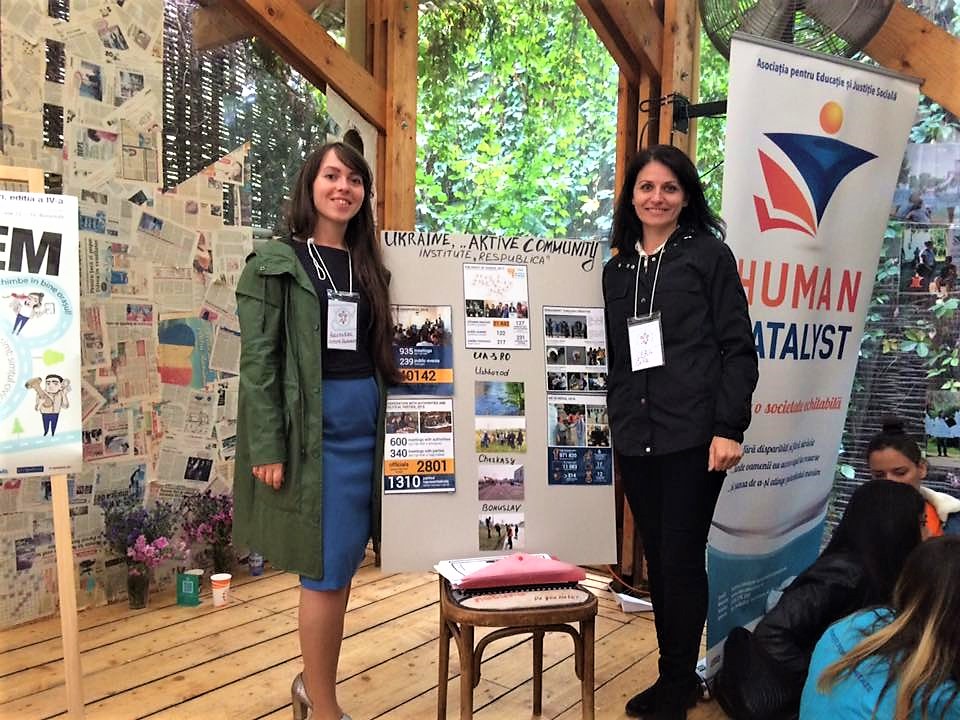 «We were worried when we went to the people to ask about the problems and attract them to the solution. Want they to open the door? Want to create their own initiatives and work on problem solving? However, our fears were useless. Today we work in 24 Ukrainian cities in different regions. We implement campaigns, which over a year and a half have attracted more than 60 000 citizens of Ukraine. We have solved more than 156 local-level problems, initiated the adoption of more than 46 decisions by local councils. And we are extremely pleased that among such initiatives there are groups that work today with CeRe», – said Oleksandra Skyba. 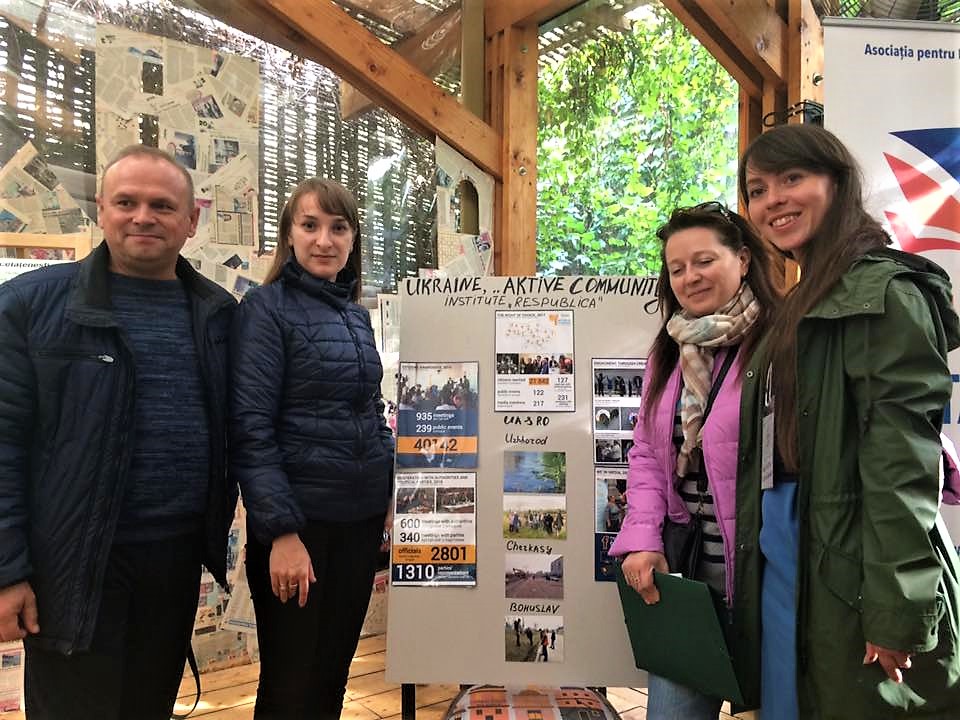 The uniqueness of this «Public Initiatives Fair» was that people could share success stories, ideas for solving problems. Everyone presented his initiative briefly, encouraged to join. After that there was informal live communication between the participants.

Likes, popcorn and «TomorrowMan» (hero): how the NGOs were «sold» in Lutsk. The «Fair of Public Organizations» was held in Lutsk, in which activists could «sell» their organizations that fell to their liking.

More than 10 youth organizations in the Volyn Oblast Library represented their «goods» at the fair. Activists of the Volyn Youth Center hosted the «Fair of Projects and Youth Organizations», which took place within the framework of the Lutsk Explore/sion training project. The organizers wanted to attract young people to social activities, motivate and, in practice, show the work of public organizations. 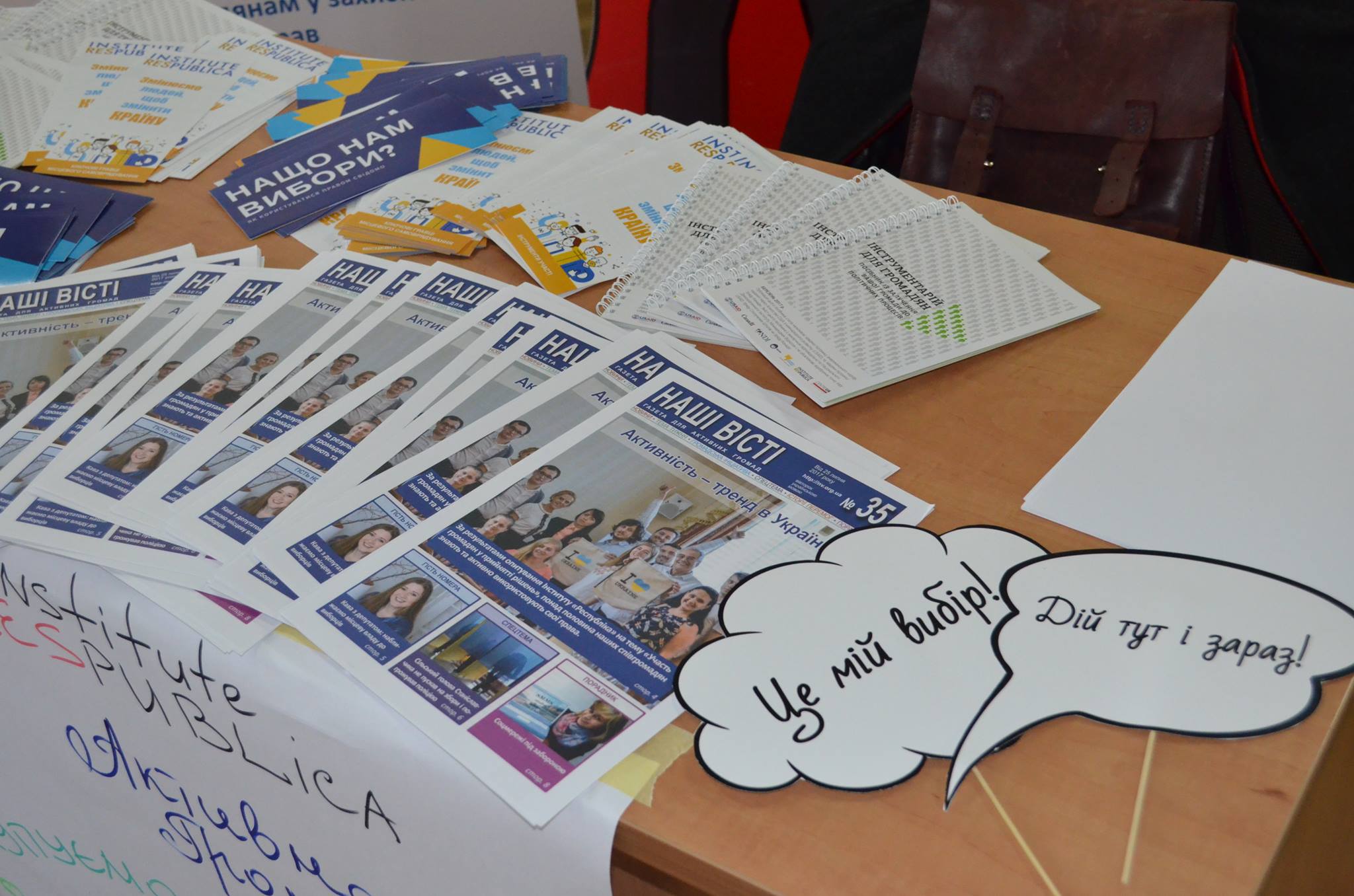 Before starting the show Susana Zalanova spoke about the experience of the UN Volunteers in Ukraine. 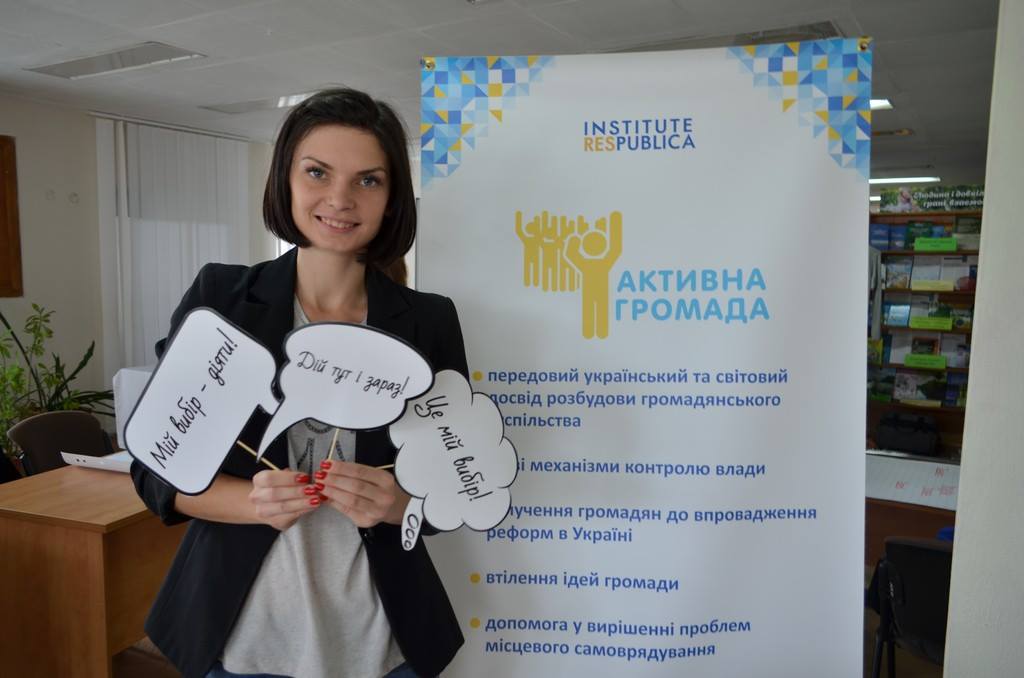 Before the fair, a special currency was given to the audience – the «likes» that participants could give to the public organizations that they liked. Instead, organizations offered their goods to students: travel, new knowledge and skills, interesting experiences and internships.

At the first stage, participants were taught leadership, communication, public speaking, volunteering and self-organization, as well as project planning. The second stage was the fair. At the third stage, students are offered internships in those organizations that they like at the fair. 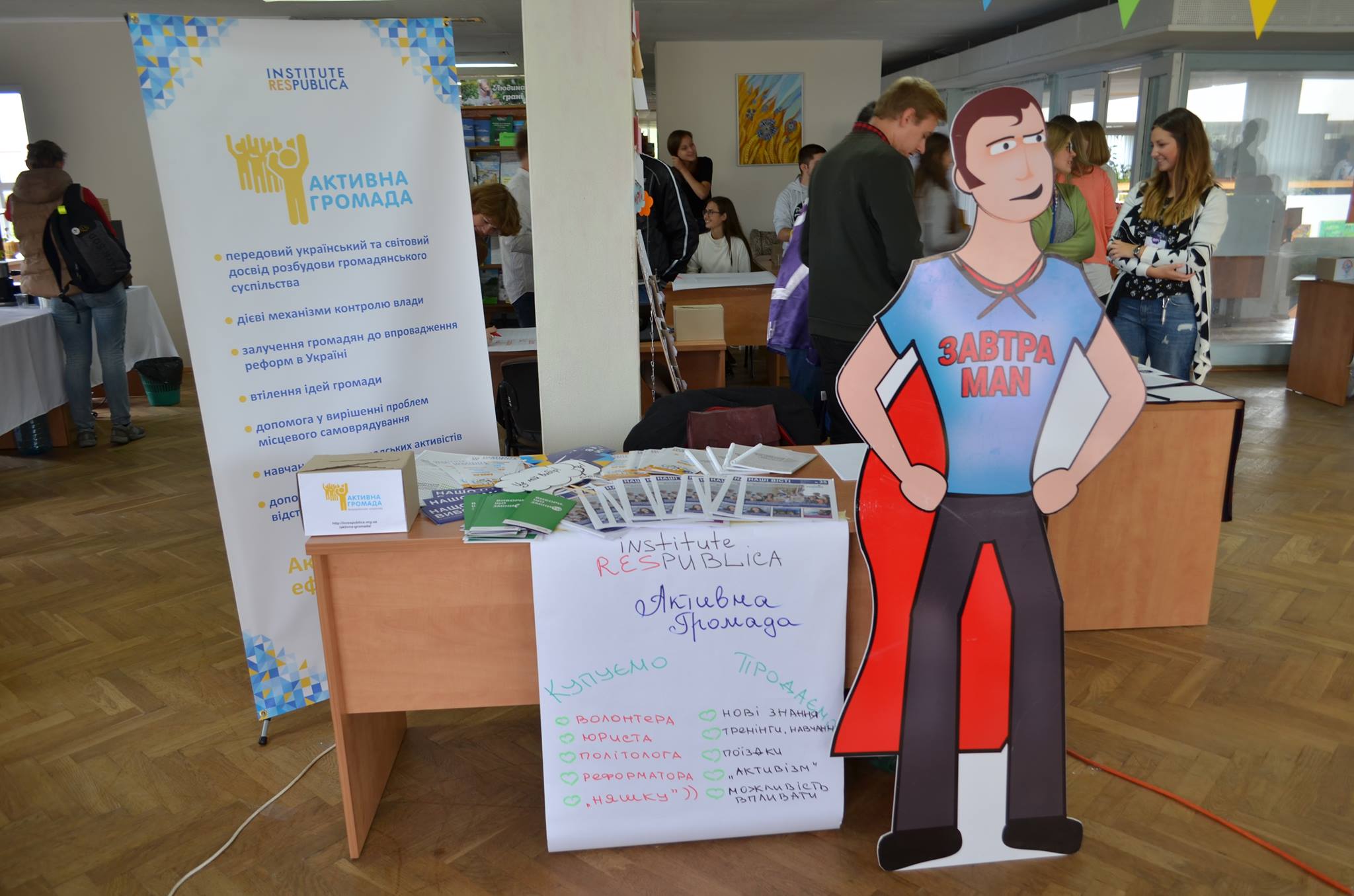 The «Active Community» of Lutsk presented the initiative and invited participants to make a selfie foto with a hero – TomorrowMAN. The regional coordinator Olga Valianik also talked about the main achievements, creative activities, trainings that the Institute «Republica» makes within the All-Ukrainian initiative «Active Community».