In the morning activists began an Information Bank where the citizens learned about the importance of the city’s transition to 100% of the renewable energy sources (RES) on Independence Square. Also, the participants signed leaflets, which are part of a collective appeal to the mayor on the transition of Khmelnytskyi to the renewable energy source. The collective appeal was signed by 45 citizens of Khmelnytskyi and the representatives of the  NGOs “Active Community” and “ASTAR” passed it to the mayor. 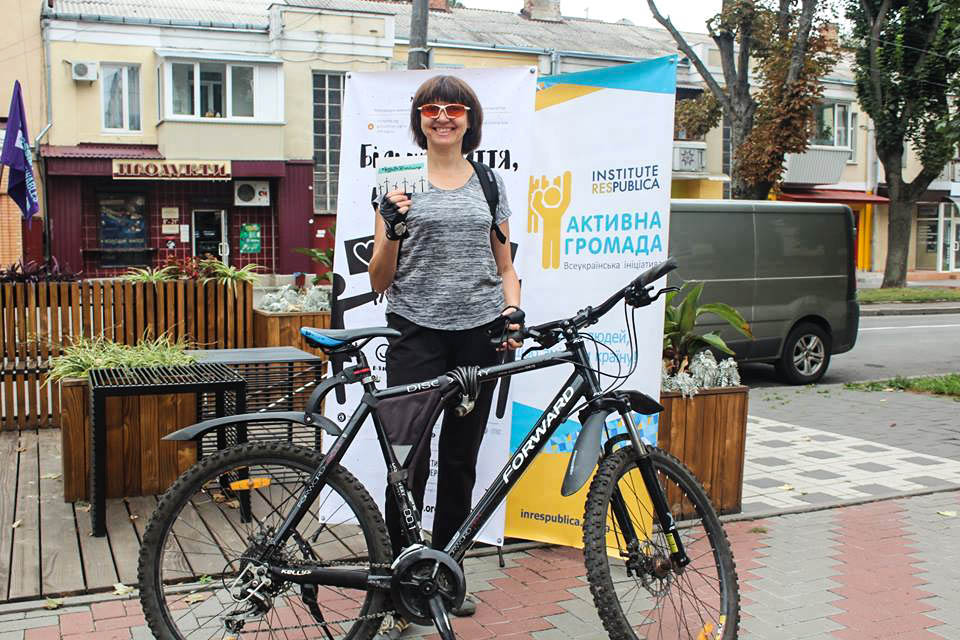 In addition, an eco-transport parade was held in the city. Several dozens of participants joined the parade. Accompanied by the police, they drove the streets of the city on bicycles, rollers, skateboards, scooters.

“I’m riding a skateboard for a year already,”  – says Alexander Svirchuk, a young participant in the ecological transport parade. – “I like the skateboard because it is a convenient, compact transport and easy to master – just kick your foot.  I go to school using it and just ride for my own pleasure”. 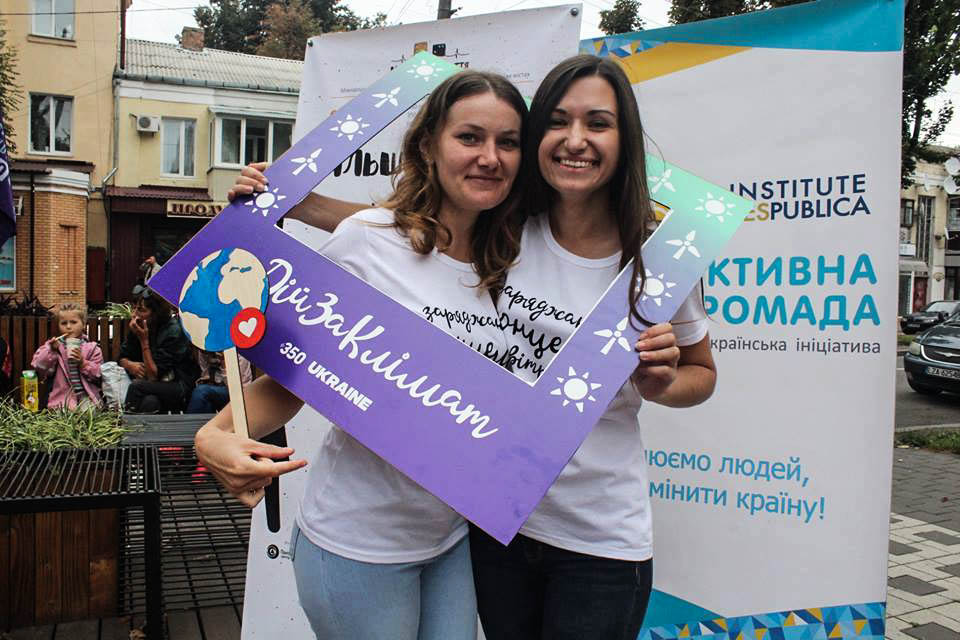 Afterward, participants of the parade took part in the flash mob “100% RES” on the Independence Square. They, together with several police patrol cars, created a corresponding live inscription.

Go to the RES – the goal is ambitious but achievable. It is already declared by 40 countries of the world. We have cities in Ukraine with similar goals. Thus, representatives of Kamyanets-Podilskyi and Chortkiv authorities signed a memorandum with the international climate organization “350.org” last Friday in Kyiv. They did it even earlier in Zhytomyr. 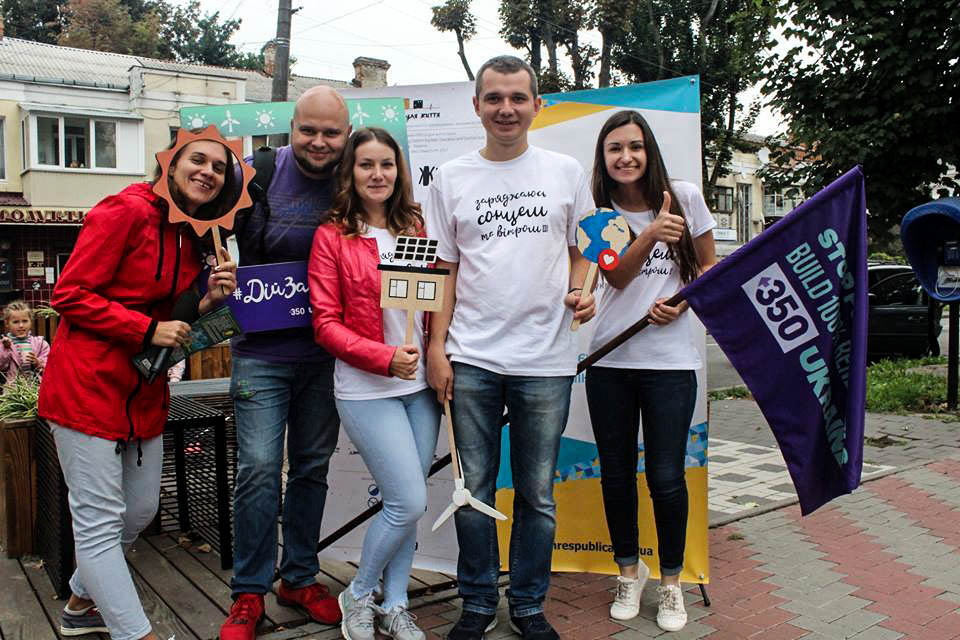 Similar actions were held in 17 cities in Ukraine.