Internally displaced persons and the right of choice in Ukraine

They have a voice, but nobody can hear them. They have rights, but can not protect them. How internally displaced persons defended their right to choose.

In the conference hall of the “INVERIA” space, Institute Respublica held a forum “Internally displaced persons and the right of choice in Ukraine”. 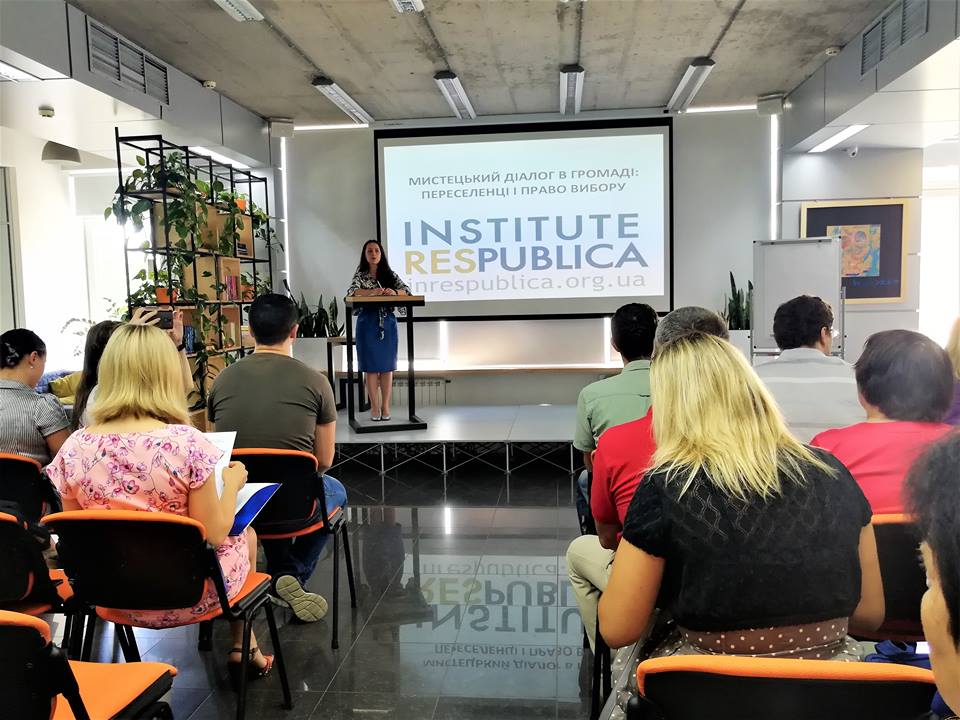 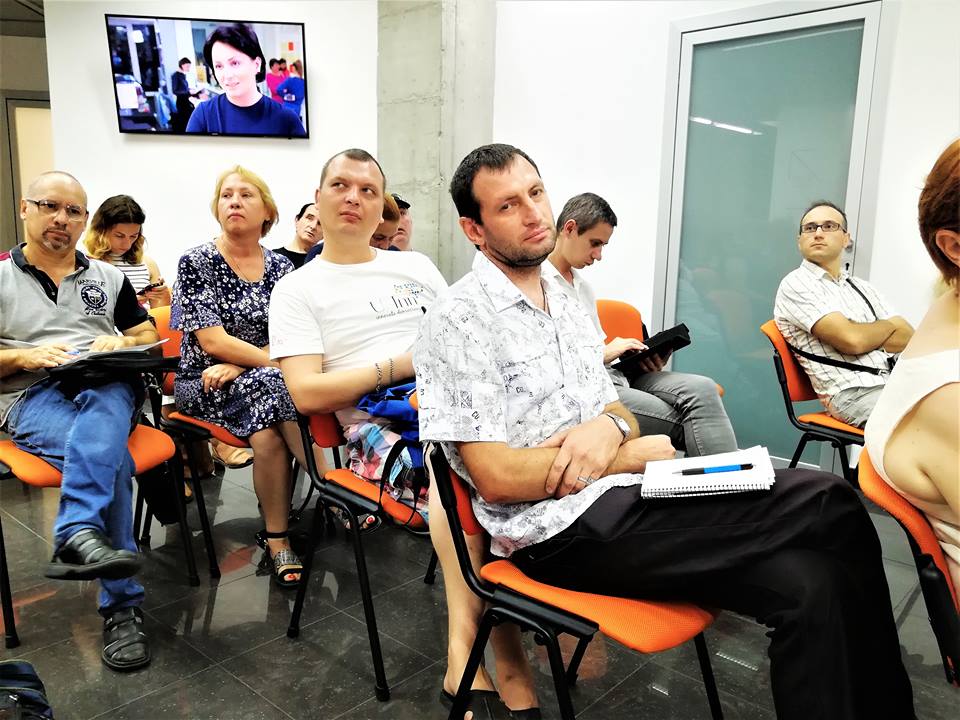 During the forum, participants discussed the issues of IDP’s rights, as well as looking for creative and effective forms of communicating the problem to society and government. According to the representative of the Ministry of Social Policy Mykola Kryvoshey, in Ukraine the total number of internally displaced persons is 1 million 516 thousand, including 235 thousand children.

Nowadays IDP’s are trying to adapt to new circumstances and join the community. However, they still have no right to influence the decision in it. Deputy of the Verkhovna Rada of Ukraine Oleksandr Chernenko said that there is no problem that the IDP’s voted in the presidential election, but this is a rather complicated procedure at the moment.

“Today, as parliamentarians, we are working to simplify the mechanism for voting. The right to vote in local elections for the IDP’s may change. The Draft Election Code stipulates that the Registry Department of Internally Displaced Persons must apply for 5 days not before the election day, but before the election campaign. Thus, it eliminates the possibility of a candidate who lacks votes, gathering a specific number of voters a few days before the elections, “paying them”, setting them up for a polling station and obtaining a mandate “, – says Olexander Chernenko.

During the event, the participants also analyzed the results of the forum-theaters of the Institute Respublica in 20 cities of Ukraine. Activists said that such a form of coverage of the problem and impact on citizens is very useful, interesting and effective. And to confirm this, the forum-theater “The right to choose settlers” showed a thumbnail. 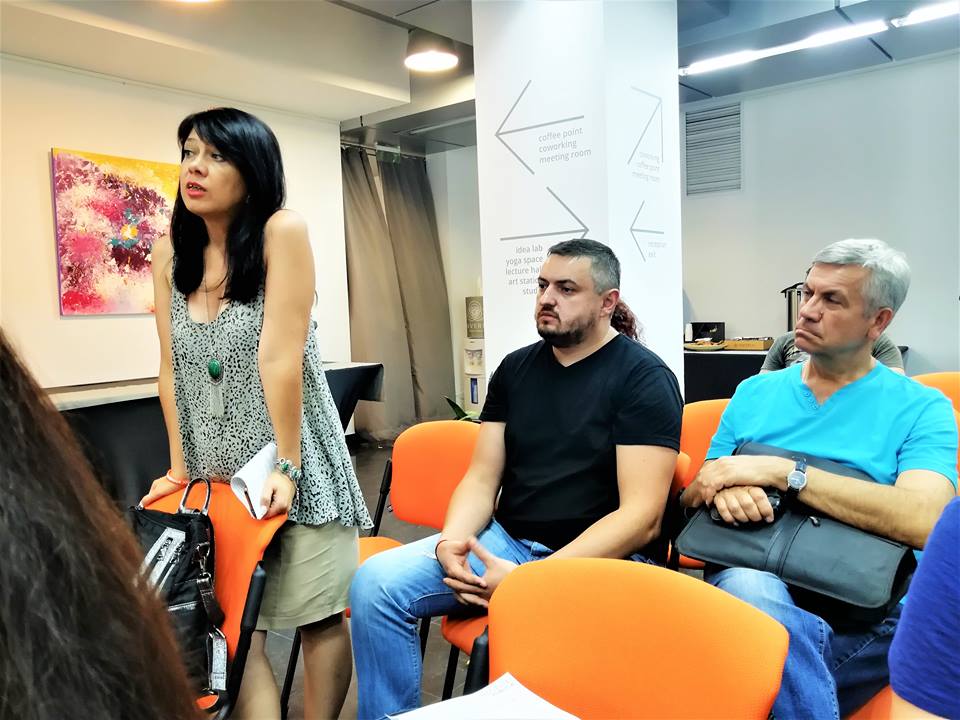 The action took place on the bus “Ukraine”. Actor-passengers, telling each other their stories from life: sad and true. Someone shared his painful thoughts about the proposed circumstances in which they fell in love with fate. Someone listened and sympathized. Someone was generally indifferent to the situation in the country. The final stop: the bus is stuck in the mud, and only people can prevent it. Symbolically. “Ukraine” in the mud – a bright allegory. The participants managed to truly reincarnate and transfer the picture of the present.

It was important for the directors of the performance to reach not only empathy, but also the perseverance of the audience, their initiative and readiness for action.

So after the staging, the forum participants began to actively discuss ways of resolving issues regarding the rights of IDP’s. Various promotions, media cooperation, social networking and informal communication with government representatives were offered through forum theaters. Activists said that such a method would be a solid brick, perhaps not one, in the direction of building a dialogue between politicians and people. Moreover, as citizens have noticed, solving problems through forum theaters is much more interesting and useful than during discussions in the conference room. 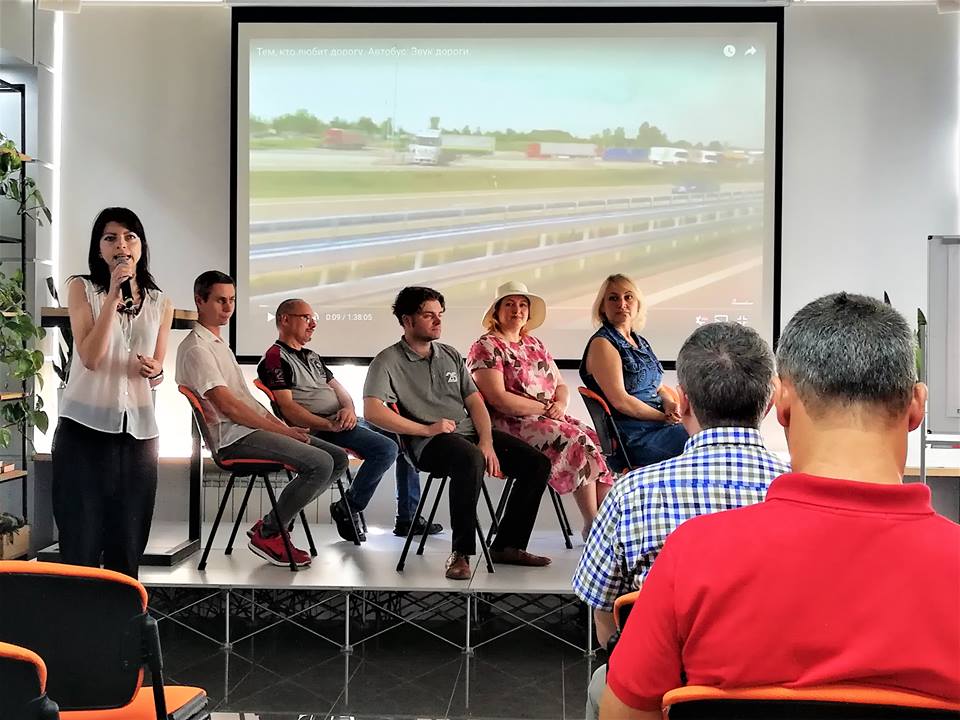 “During the forum-theater we found that the format is an effective method of illustrating the problem in society. As a platform for different opinions it provides an opportunity not only to hear, but also to fell a discrimination against each spectator. As a result, solutions are found by people faster to overcome the problem. Also, representatives of the target audience understand the problem more deeply, and the community as a whole recognizes the need for its solution and unites around it “, – says Alexander Skyba.

Note. Similar performances will be held in 20 cities of Ukraine within the framework of the Institute Respublica and the All-Ukrainian Initiative “Active Community” with the support of the Democracy Promotion Foundation of the US Embassy in Ukraine.